Ok so first off we've all read, or watched, all the best of awards or nomination discussions with the video games that came out in 2013. I figured I'd do something different and give you my top 5 games in the download category. Now I had thought of retail games that you can also get in virtual form -- let alone I picked up Legend of Zelda: A Link Between Worlds digitally with that new sweet sweet 3DS XL bundle --, as downloading games is already the future of now, so those however will not be on my list. Also my list is in no particular order although you can totally think it is and get all upset over a list. Whatever floats your boat. Onwards! 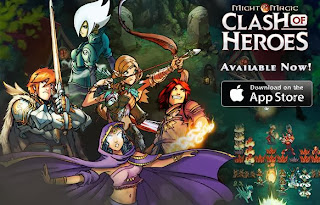 This one is kind of cheating since it originally came out in 2009 for DS, although I played it on XBLA in 2011, but the game did come out for iOS this year which is great because everyone should play it. Mixing strategy and puzzle forming gameplay this intricate RPG is unlike no other. With memorable characters, each with their own strengths and weaknesses, brain teasing challenges, and even with multiplayer, there's sure to be something for anybody playing this addicting good beautiful puzzler. The story was pretty good but I really enjoyed just discovering each character's levels. Each world is seen from a different character's perspective which gives a perfect example of how each character's playstyle and abilities compliment such a fun and addicting game design (hmmm GTA V comes to mind now). This game is one of my favorites, lost many hours playing it and will occasionally play a match against the AI to get my puzzle RPG fix, since I'm not playing Puzzle Quest anymore (god I wasted even more hours playing that one). This is a good mobile game although I played it on Xbox Live Arcade on my decent sized TV. 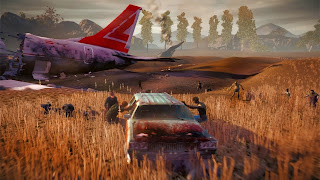 When I first started the demo for State of Decay I was not sold on what I thought was going to be yet another zombie game cashing in on the whole zombie craze (hey we were burned a few times). Boy did that change fast and I went from zombie fatigue to fully loving being fully immersed in a post apocalyptic setting trying to survive the zombie hordes while keeping everyone I was shepherding in check at the same time. This is not really a world you want to live in but the way the gameplay and character development carried on, the deeper I got into this game the more I connected with it. Keeping track of supply lines and other stats also took priority as each factor in the game that has a stat needs to be watched in order to have a successful little pocket of zombie resistance, known as civilization at this point. For example, need food? Aside from creating a garden at your little base, you could search for food on the radio and set out for a little raiding party. Need ammo, fuel, companions, etc well continue to scurry for supplies around your base and make outposts and alliances to achieve them. Build and upgrade your base and outposts to help contain the zombie horde until you have grown too big and need to move on. Anyone who's watched AMC's The Walking Dead should play this game. The biggest thing that held back State of Decay was its buggy launch and the omission of co-op play, initially promised, unfortunately. Taking a friend with you into this pretty big open, this is a downloadable title by the way, zombie infested world would have given me hours of fun (and fright). So a lot of talk goes to Telltale Game's The Walking Dead when it comes to emotional zombie games but for me it's hands down State of Decay. From the time that I lost survivors that I had been living with for a few weeks, to unscripted events of emergent gameplay I still remember to this day, all the way to that ending, there's plenty of game here. Never before did I feel so defeated and yet satisfied at the same time. This needs to become a franchise. 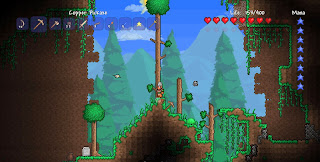 Talking about a game that benefits and should be solely played with a co-op buddy or more is Terraria. Following the successful popularity of Mojang's Minecraft comes Re-Logic's Terraria, an open world sprite based game calling back to the 16 bit days infused with charm. This retro RPG, and sometimes platformer, is all about exploring and crafting in the game's world. There's plenty to do in Terraria and even more so if you're planning on summoning large bosses to battle.While initially releasing for Windows back in 2011, recently this title made it to XBLA, PSN and is now available on iOS and Android. Dig down to discover an intricate system of tunnels under ground, mine for materials, return back to your house and craft everything to your heart's content with said material. Create a village and watch helpful NPCs move in to aid you on your journey. The game consists of many hostile creatures and it's a fight for survival. This 16 bit take on being alone in the wilderness couldn't be more fun and whimsical and would let anyone play out their dream of being a 16 bit Bear Grylls. With a beautiful artstyle and score Terraria shouldn't be missed, especially if you liked playing through Minecraft. Tack on a buddy or more and you'll have hours of enjoyment to be had. 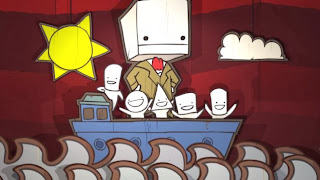 Well if you want to talk whimsical and really fun co-op experience look no further than Battleblock Theater. Made by the same studio behind Castle Crashers, The Behemoth, this game has the same frantic yet fun gameplay with the studio's humor to boot. Set as a prisoner among a cat civilization you have to run the gauntlet of good ol' fashioned gaming arenas that have a series of obstacles and collectibles along the way. If a game were ever to be criticized "too gamey", this might be such said game. However I felt the gamey-ness of Battleblock Theater actually made the game. Never had I had so much fun with a platfomer and if you take along a friend you'll both be cooperatively helping each other out to race to the finish or to squeeze that extra second off your best time. Consisting of a single player campaign, online multiplayer, time trials and a level editor there's plenty to be had with this one. Oh and the story and narration is a great touch, I really couldn't stop laughing and grinning my face off while playing this game. I'd say if you liked the humor and gameplay from Castle Crashers and the humor and narration from Bastion, then you'll like Battleblock Theater. 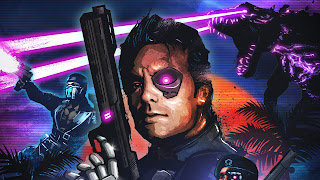 The 80's were awesome, we just didn't know it at the time. As someone who grew up in the 80s well I have an excuse I was too little to get it. It only took how many years to look back, at the good parts mind you, at the awesomes (what I'm calling the 80s from now on). Ubisoft Montreal decided to give us a stand alone expansion originiated off of their other superb game, Far Cry 3, as a satirical "retro-futuristic" open world first person shooter and for this I applaud them. So many funny one liners, so many awesome moments, so much badassary in this game - while also poking fun of pop culture, gaming references and even itself at times. Taking what many loved from past shooter games and infusing in modern elements of what we've all been blessed with as of today's gaming evolution, Far Cry 3: Blood Dragon is the perfect mix of nostalgia and modern game design. Set in an open world players choose however way they want to take down the bad guys and get the girl in the end while leveling up and upgrading themselves and their weaponry. One of the best things about this game to me personally, the soundtrack. Yes, from the title screen music to combat induced adrenaline pumping moments throughout, the score for Blood Dragon is dripping with 80, ah ness. From the sprinkled collectibles scattered throughout, from the set amount of outposts you have to overthrow, to the hilarious and cringe worthy segments of the game, Far Cry 3: Blood Dragon was the best faux April Fools joke made video game ever (small category there but you get my point).

Honorable mentions: Plants vs Zombies 2: It's About Time, -- ruined by touch controls and free-to-play microtransactions design although has the PvZ formula intact -- The Stanely Parable, -- I have not played it but from others say it's a great game that breaks the 4th wall constantly and will have you laughing before the end -- Rogue Legacy, -- again have not played it but others say it is a good game (check out the best game picks from Rev3Games for example) -- Gone Home, -- not played but is a new and unique story-telling method -- & Path of Exile -- also not played but is a great game along with one heck of a customization tech tree. Whatever your pick is, it's clear there were some great downloadable bite-sized games to choose from.
Posted by Unknown at 1:22 PM